Our original plan to fly home included a 12 hour layover in Paris, France. But, I couldn’t imagine being in such an appealing place and never stepping foot outside the airport. Our travel agent recommended we take a two day detour in Paris before making our connecting flight to Minneapolis.  I was sold, envisioning the short escapade to be a mini-honeymoon.

One of the things that matches my heart to Steven’s is his flexibility to explore. There is often an element of give and take when trying something new. I am not blind to the blessing of being with someone who can adapt and operate with even the most bizarre proposals. Like trying to fit India and Paris and all of the culture shock in-between into a tightly sandwiched amount of time and call it an adventure.

With backpacks in tow we hopped on the metropolitan light rail searching for our French hotel. The slight drizzle only added to the ambiance of traveling in one of the most popular, charming cities in the world. Standing on the corner of Rivoli Avenue we met an old chap who tipped his wool beret to greet us. The man looked like a professor dressed in a tweed coat. He started speaking to us in French with a cheery sing-song rhythm. When we were finally brave enough to open our mouths he instantly switched mid-sentence to English and shared how in his younger years he lived in Texas after the war because he needed a change. “The American people were so nice to me,” he repeated several times.

He asked how many days we had to enjoy Paris and sadly we confessed only two. With this the man folded his hands up towards the sky and responded, “Then tonight I will pray for sun. I pray God will listen to me so that you can see as much as possible while you are in Paris. And then I will meet you back on this corner in eight days.”  We had just arrived this man read our minds, we didn’t want to leave. Giving us directions to our hotel, he shook our hands farewell.

We filled our 48 hours will chocolate croissants and cappuccinos. We feasted on oven burnt pizzas and green olive-oil salads. Of course we had to try the creme brulee. We walked the narrow streets along the canal until our feet hurt and then we walked some more.

Our sight-seeing highlight was Sacre Coeur, a church on top of a high hill in the northeast area of the city. The church’s name translates to “Sacred Heart.” A most majestic construction, I was enthralled by all the steps fashioned to climb to the top. Sitting on those steps we listened to a musician play his guitar collecting coins in his case. Many people congregated and some started to sing along. With a bottle of wine in our backpack we had an impromptu date–an unplanned concert.

With a view of the city below and starry sky blanketing above, I felt captured in a picture worth remembering for as long as my mind will allow. The night summed up everything that is right about the world–enjoy the moment in front of you especially when it isn’t planned.

On the way back to the hotel I pulled out the book I started reading in India, “Holy Cow – An Indian Adventure.” The French man sitting next to us on the metro commented, “I read that book a couple years ago. Very funny.” What a full circle feeling to find someone in Paris who connected to my snapshot excursion in India!

My overall summary for the trip is appreciation. Merci beaucoup (French). Spasibo (Russian). Dhanyavaad (Hindi). I give thanks. 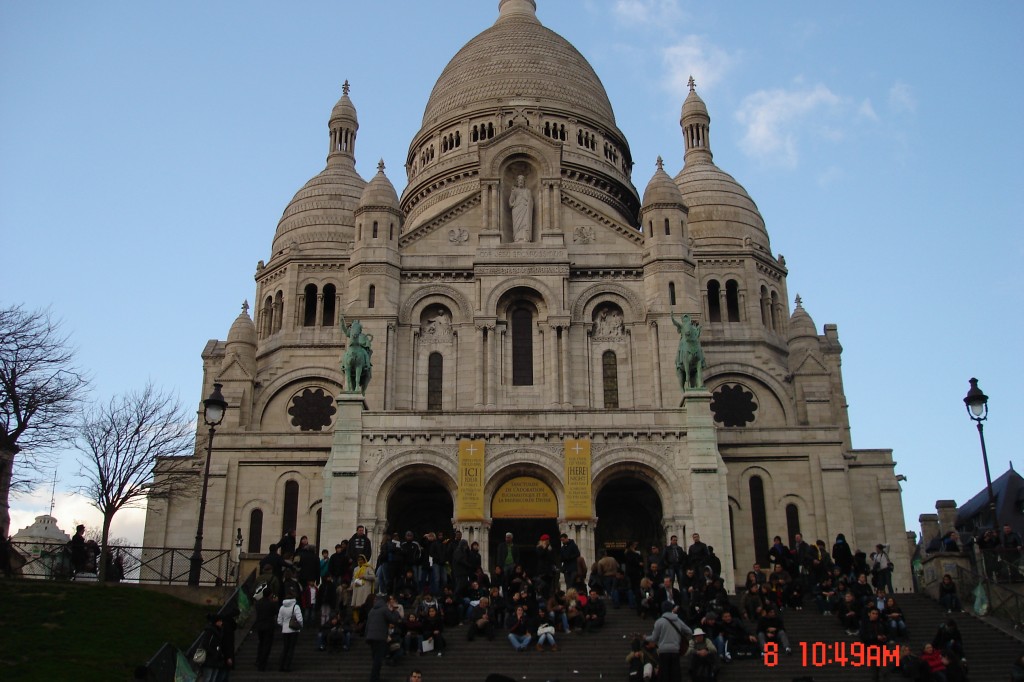 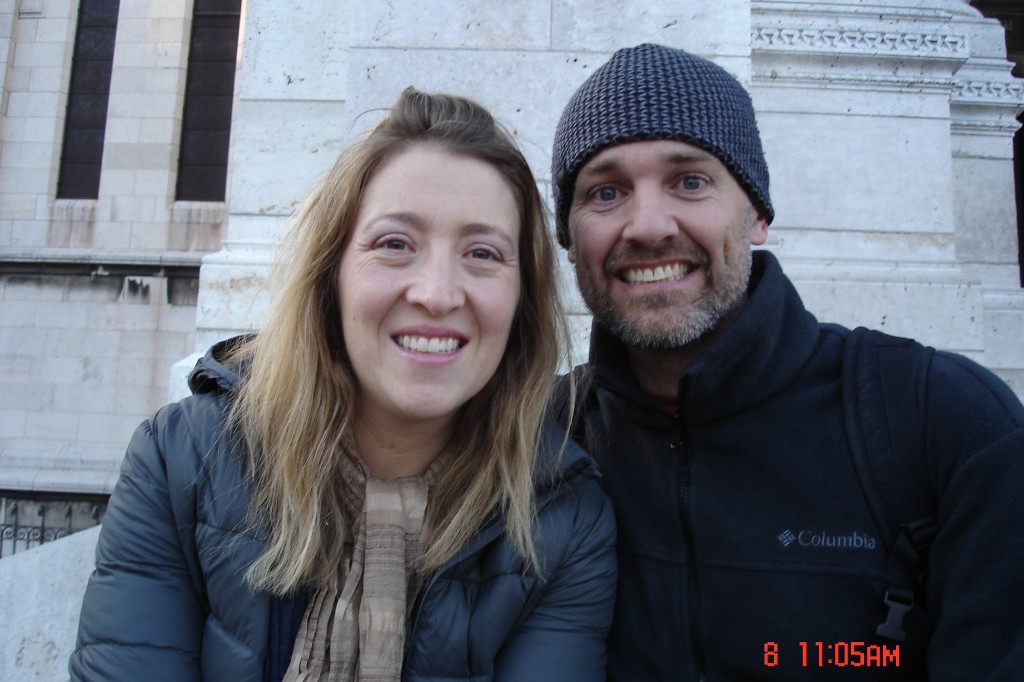 Steven and Jennifer on the steps of Sacre Coeur 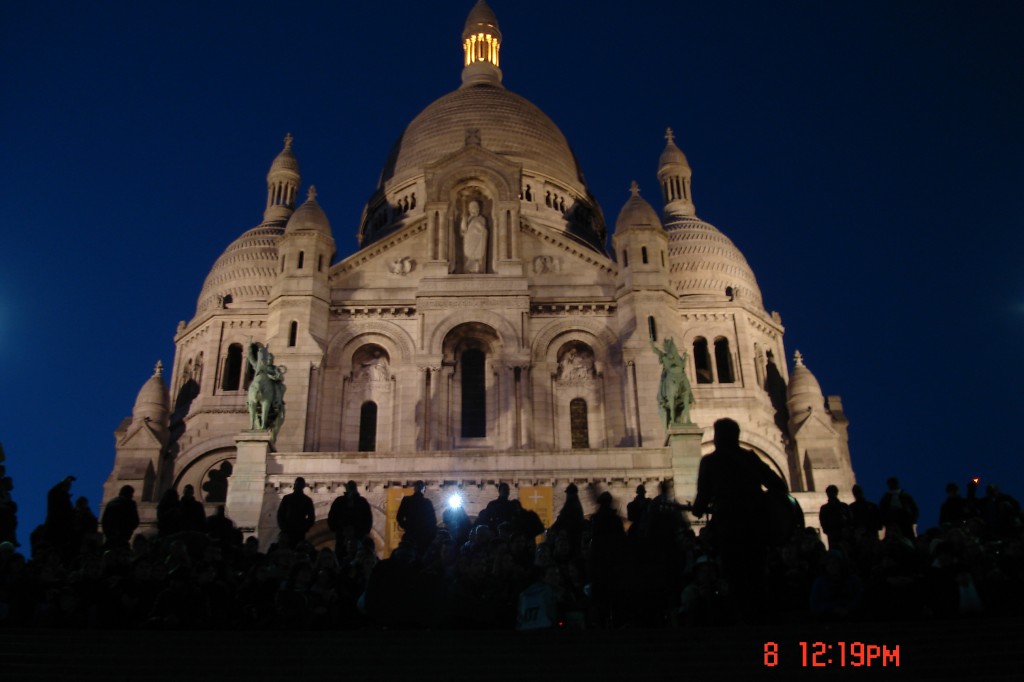 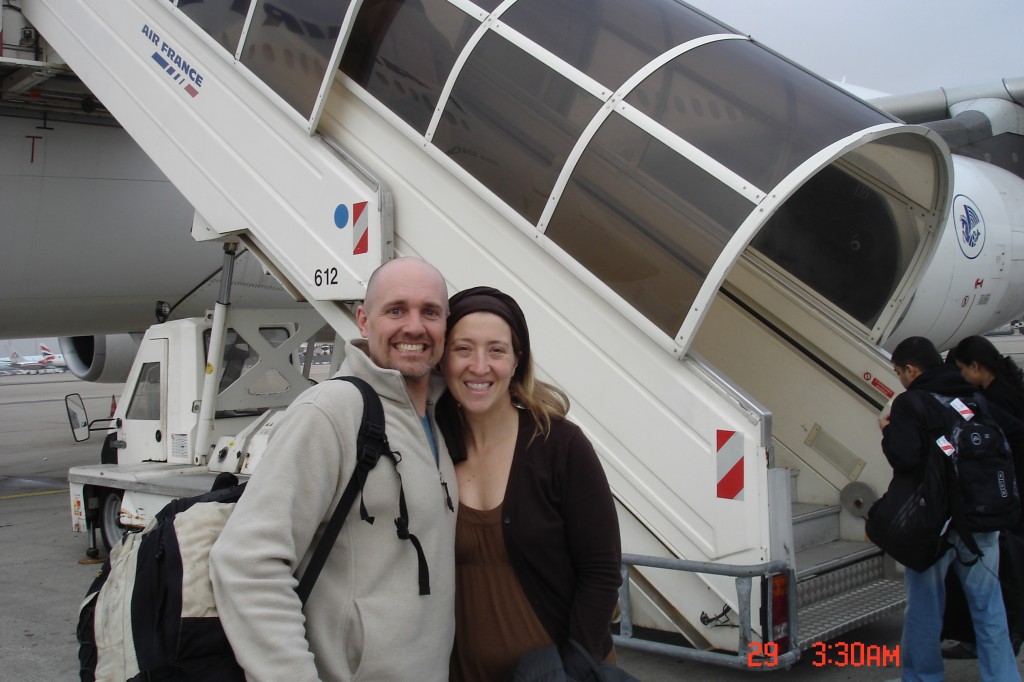