Traveling the World in Ten Days

Last week, Steven and I returned from a ten day tour of India, Moscow and Paris, France. The trip was inspired by my brother Adam and his wife Lori who have been stationed in Bangalore, India for 18 months with work. Fascinated by their adventure, Steven and I were privileged to see where they live, eat what they eat and tag on a few tourist stops at the end of our travels as a bonus.

Since my trip I have discovered that only 20% of Americans have passports. Only 1% of American students from two and four year institutions choose to study abroad. And India is often one of the last places people want to go.

India accounts for around 50% of the world’s hungry. In terms of income, 80% of the population live on less than $2 a day. Power outages occur daily, sometimes up to three hours a day. There are 18 official languages in India including Hindi, English and a language specific to each state. Only 66% of the Indian population is literate. Most people get around by rickshaws, motor bikes, foot or camels. With more than 1.2 billion people, India is the second largest populated country in the world living on a land one-third the size of the United States.

So, why did we go to India? Other than to see my brother and his wife?

Steven may have a different answer from my own…something to the tune of, “I followed my crazy wife there!”

What adventure is knocking on your heart–one that may not present itself again or anytime soon if you pass it up? 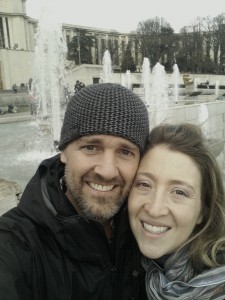